How to Become a Screenwriter

Making a Name in Hollywood 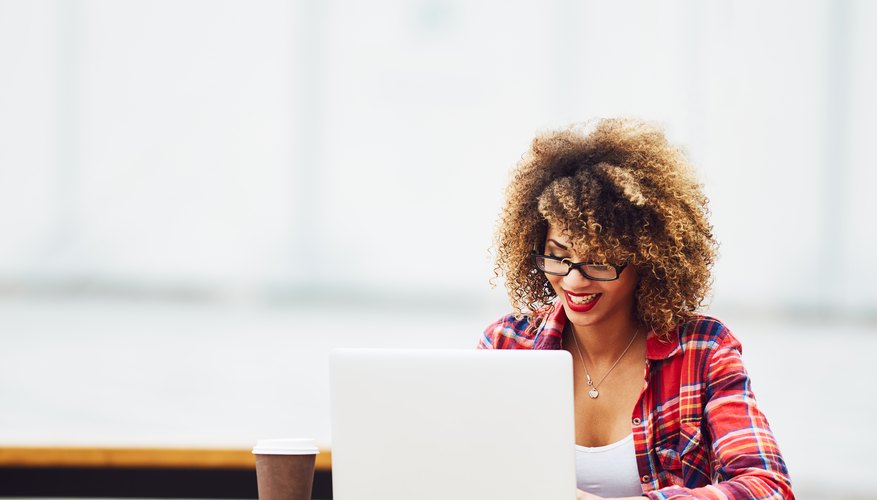 There's no application to fill out, and practicing your answers to questions like "Where do you see yourself in five years?" won't help you either. No one will hire you to work as a screenwriter until you're already a screenwriter. That sounds like a catch-22 situation, but it's not. If you love television or film, have a great idea and are willing to work hard, you can write a script. Whether anyone will pay you for it, however, depends on whether you have talent and luck.

Screenwriters write scripts for movies and TV shows. Everything from cartoons to made-for-TV movies to web shows and action movies are written by screenwriters. When you're first starting to make a name for yourself, you'll work either alone or with a writing partner to come up with an idea, plot out everything that will happen and then write the script.

Once you have the finished product, you can use it to try to get an agent and sell it to a production company. Only established screenwriters are paid in advance to write things. This isn't a great career path to pursue if your major focus is making money, because that doesn't happen for everyone – and if it does, it could take years to sell a script. But because you'll be essentially freelancing at first and working as your own boss, it's the perfect creative venture for moms to take up during nap time and while the kids are at school.

Quentin Tarantino didn't go to college and wrote "Natural Born Killers" and "True Romance" while he was working at a video store. Like other roles in the film industry, for screenwriting, education doesn't much matter. Many successful writers go to college or graduate school to study the craft, while others are self-taught.

Your educational background will play no role in determining how much money you're paid for your scripts. The Writer's Guild of America sets pay standards for its members, which spell out the minimum rates for a huge range of project types. Pay varies widely and often includes negotiation by an agent, so it's hard to estimate what you'd make for a script. The WGA's standards require payment of $74,479 to $139,823 for an original screenplay.

Unless they're established already, most screenwriters work in Los Angeles or New York. It's exceedingly rare to break into the industry unless you live in those cities, especially LA, the heart of the film and TV industry where most of the decision-makers are located. Even if you live far from the city, writing and ideas good enough to get the attention of an LA agent make it possible to get a foot in the door.

In the TV and film industry, everything's about who you know and how appealing or profitable your work is. Some screenwriters get their first break in their teens or early 20s, while others work at writing and polishing scripts for decades before getting that first big break.

As long as people are willing to pay for movies and TV shows, screenwriters will continue to find work. The U.S. Bureau of Labor Statistics estimates that the demand for writers and authors will grow at a pace that's on average with other occupations. Like other industries, TV and film are affected by trends and changing tastes, so it's impossible to accurately predict what the future looks like for screenwriters. But breaking into the industry is the hardest part, so focus on that.

If you've never gotten training as a screenwriter, teach yourself. Get Final Draft or Celtx (two of the most popular types of screenwriting software) and explore how all the different features work. Read books about how to format a script, how to plot a story and how to develop characters. Search online for scripts to famous movies and read through them. Take notes as you watch TV shows and movies to track how the action is paced and which parts of the story work for you and which don't. Analyzing scripts that have actually been bought and produced is hugely helpful in writing your own.