How to Become a Movie Critic

Adding Your Voice to the Crowd of Critics 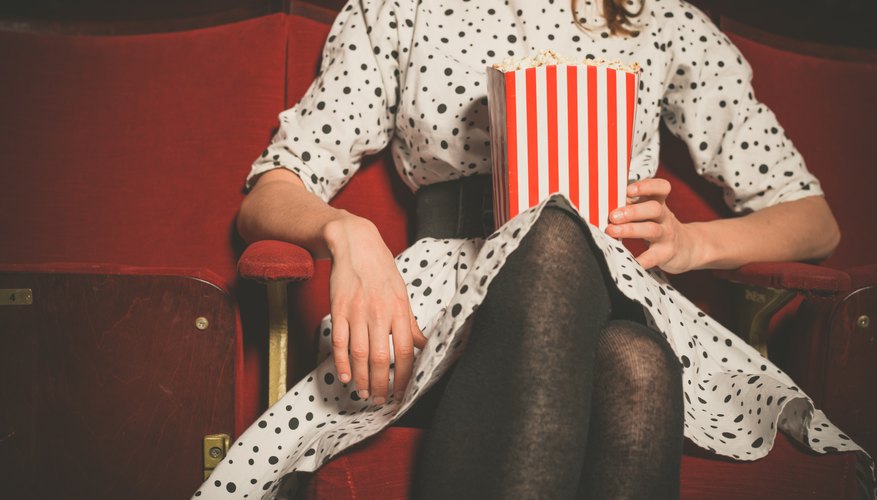 Every time you watch “Titanic,” you have strong feelings about whether both Jack and Rose could fit on the door—but then, so does everyone. But if you have strong opinions about most movies you watch, good analytical skills, and the ability to write concise and interesting copy, you might have the makings of a movie critic. Maybe you’d like to help other parents figure out which movies they should let their kids watch, or maybe you just want to share your love of horror movies with the world. If you want to do it, you can. Whether you can make any money doing it, however, depends on both your skills and your luck.

Most of a movie critic's job boils down to two things: watching movies and writing about them. The specifics of how a critic spends her time depends on her position. If you’re trying to carve out a name for yourself, you may have to publish your reviews on social media platforms or on your own website. That means you’ll be able to pick the movies you review and decide how often you publish, but you’ll also have to manage the logistical work of operating your own site. If you’re hired to write for a print or online publication, an editor may assign you a movie to watch and review each week. Either way, most of a movie critic’s time is spent analyzing what works and doesn’t work about a given movie, then perfecting the language of the review.

If you love movies and are a skilled writer, you can become a movie critic. It’s becoming a paid critic that’s tough. Finding success in this industry is about having a track record of writing sharp, smart reviews that people like to read. Some editors look to hire critics who have some relevant formal education, such as a college degree in creative writing or film, but that’s not necessary to launch a career as a critic.

Whether you have a formal writing or film degree is unlikely to make much of a difference in how much you’ll be paid, if you get paid at all. When they’re starting out, at least, many critics write for free in exchange for being published. If you are hired by a small publication, you may be paid; expect to make less than $100 per review. The U.S. Bureau of Labor Statistics doesn’t track salaries for movie critics, but it does list data for writers and authors. This group earns a median salary of $61,240 per year or $29.44 per hour. Median means that half of all writers and authors earn more than that amount, and half earn less.

Film criticism grew up alongside the film industry. When films were being made primarily in Los Angeles and New York, that’s where critics were based too. It’s no longer necessary to live in one of those cities to work as a film critic, especially because many of the people who do this work are freelancers who work remotely. Some newspapers and regional magazines may have critics on staff who work out of company offices, but that’s rare.

But while you can be a critic anywhere, living in New York or Los Angeles is still ideal. Some new movies are first launched in limited release, which means they play on a small number of screens in large cities before they’re widely released. It’s unlikely you’ll be successful if you live in a small town or otherwise have little access to the newest releases.

Becoming a movie critic is one of those ambitions that doesn’t have a set path to success. One person might toil at running her own movie-review site for 10 years without ever getting much attention, while another might write a few funny reviews that are shared a lot on social media and receive a job offer because of them. For most people, building up a body of work is what leads to career advancement. To get someone to pay you to write reviews, you have to be able to show that you’re adept at analyzing movies, that you’re able to write in a way that people enjoy, and that there’s an audience for your reviews. It could take years to prove all that. Once you have, you can pitch yourself to editors.

Although print newspapers and magazines aren’t quite as popular as they once were, movie criticism is still alive and well online. And because you don’t need anyone to hire you to become a movie critic, anyone can do it, but that also means competition is tight. Finding a voice or angle that’s unique will distinguish you from other people who write reviews on Facebook or small blogs.