How to Become an Archaeologist

Digging Into the Past 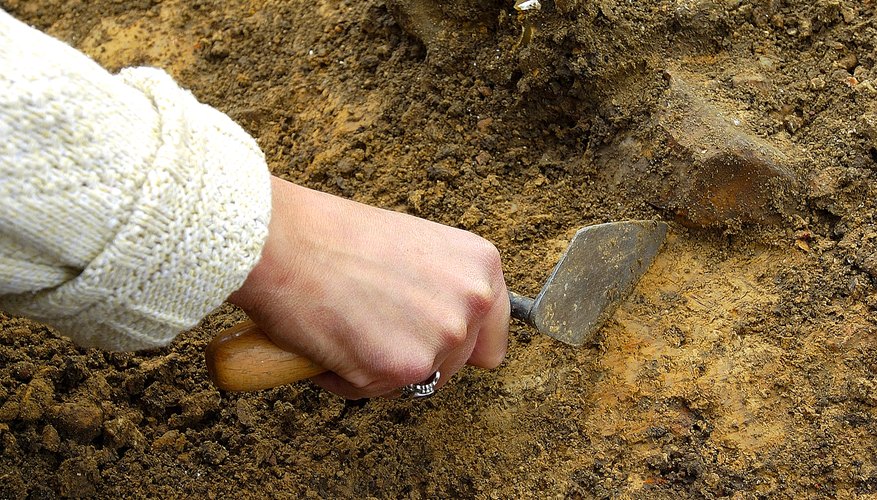 When you’re excavating a desiccated chicken nugget from the toybox or uncovering a lost sock in your child’s menagerie of stuffed animals, you’re getting a hint of the role of an archaeologist—recovering, examining and preserving evidence of past civilizations. Most archaeologists need a master’s degree to obtain a job in their field.

While some archaeologists are excavating the remains of early humans in Ethiopia or studying terra-cotta warriors in China, many archaeology jobs are a bit more mundane. Archaeologists painstakingly brush away centuries of debris to uncover what might be a tiny shard from a historic village.

Many archaeologists work for the government, managing and protecting archaeological sites on public lands as well as the artifacts found there. They work at historic sites to educate people as to what the past was like and about their physical discoveries.

Starting in high school, students should take not only history classes, but they also should hone their writing skills (often jobs entail as much writing reports as digging), learn a foreign language, take beginning statistics and become proficient in various computer programs.

In college, most aspiring archaeologists major in anthropology, which incorporates archaeology, along with cultural anthropology, biological anthropology and linguistics. Students should take classes in all of these areas and look for schools that offer opportunities for lab work or fieldwork. Those with undergraduate degrees in archaeology may be restricted in their job choices, such as a field assistant position.

Most archaeologists go on to obtain a graduate degree in the discipline. Advanced jobs require a Ph.D. To obtain this degree, students must write a dissertation, generally based on one to two years of field research.

Archaeologists work in a variety of settings, ranging from federal, state and local government historic sites in the U.S. to digs around the world. Some work at universities and engineering firms. Many archaeologists work for cultural resource management (CRM) companies that contract with government offices, builders who need to ensure the structures they are erecting aren’t disturbing valuable historic resources, and architects who want to ensure historic preservation guidelines are being followed. Some also work in museums.

Salary and Years of Experience

The median pay for archaeologists and anthropologists is $63,190, according to the U.S. Bureau of Labor Statistics. Those who work for the federal government make the highest median salary, $75,040. As in most fields, the longer you work and the more experience you have, the higher the salary. Archaeologists in their first job make about $41,000 per year. By the time they have 10 years of experience, archaeologists and anthropologists typically make $59,000, and those who work 20 or more years in the field earn an average of $69,000.

The market for archaeologists and anthropologists is expected to expand just 3 percent between 2016 and 2026, slower than most other careers, according to the Bureau of Labor Statistics. While there will still be a need for people in this profession, the number of archaeologists and anthropologists is projected to grow by just 300 over the next decade. That means competition for jobs will be intense.

Barbara Ruben has a master's degree in journalism and has written career-based articles for The Washington Post, Working Mother and Chron. She has also juggled the challenges of working and single parenting.