How to Deal With Mean People 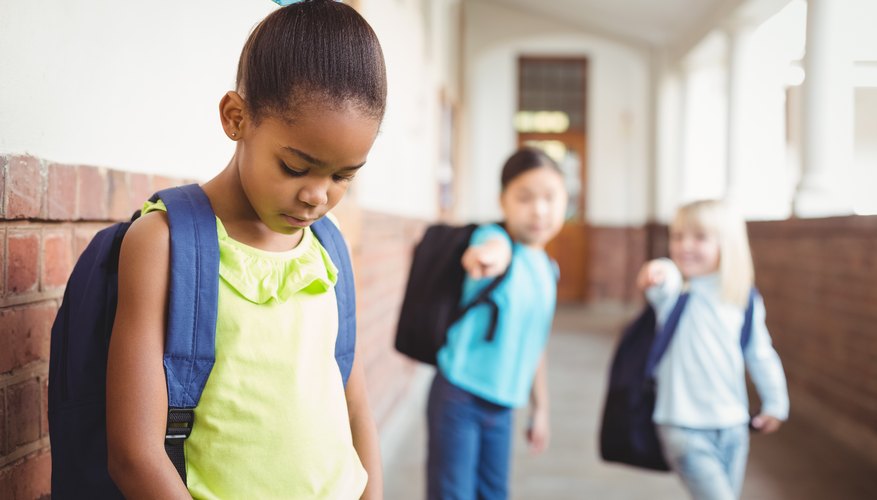 As much as we'd all love to shepherd our kids into adulthood without them ever hearing a harsh word, that's just not possible, And, in truth, it's not really desirable. The ability to deal with difficult people is a necessary life skill. On the plus side, the sooner and more effectively your children learn how to deal with mean people, the more confidently and compassionately they will be able to move through life.

What Does "Mean" Mean?

Young children often have their own interpretation of the word "mean," so it's a good idea to make sure that they fully understand it. A teacher insisting that an assignment be completed on time and according to instructions is not being mean. Parents enforcing bedtimes or basic hygiene are not being mean. Calling names, making fun of someone for his appearance, his interests, the way he talks or anything else about him is mean. Deliberately trying to hurt another person's feelings is mean.

Why Are People Mean?

Meanness has only two goals. The first is to make the person who is being mean feel bigger, stronger and better about himself. The second is to make his target feel smaller, weaker and worse about himself. This desire to belittle and to hurt can come from many places: insecurity, false entitlement, emotional immaturity and even the kind of acting out that results from abuse. It may never be possible to know why someone is being mean, but having the awareness that it's about the bully and not really about the target can help those who are targeted be more empathetic while forming their own coping strategies.

How to Help Your Child Deal When Others Are Mean

Back in the day, parents reminded their kids that "Sticks and stones can break my bones, but words will never hurt me." Hearing harsh words evokes a physical reaction. Mean words can feel like a punch in the gut. But, words are no more than shaped puffs of air. And feelings are not facts. One of the best ways to help your child deal with someone being mean to him is to remind him that he has the power to choose which words affect him and which he can dismiss. It's also important to remind your child that strong, loving people don't need to be mean. Only those who fear not being good enough feel the need to put others down. It's hard to fear someone you pity.

Once you've given your child a solid emotional place in which to stand, you'll need to discuss practical tactics. It's unlikely that your child will be able to change a mean kid's behavior. But he can ignore it. He can walk away. He can let it be known, kindly, that he views the mean kid sympathetically. And he can look outside the "popular" crowd, which is sometimes the meanest, to find his own tribe, where there is safety in numbers.

How to Help Your Child Stop Being Mean

If you see that your own child is a mean kid, it's not the end of the world. Kids are, by definition, immature. They don't have a full arsenal of mature emotional coping skills, and they're going to try out all sorts of different behaviors as they try to figure out who they are and how and where they fit in the world.

The best way to deal with your child being mean is to call it by its name. Make it gently clear that you know meanness comes from a place of fear. Help your child acknowledge whatever fear is driving him. Help him put the fear into perspective and develop coping skills to deal with it. Fear of not being popular is typical. One way to deal with this is to give him real-world examples of people who were ridiculed and bullied before going on to achieve great success in life. Ask your child to choose: would he rather be the unpopular one who went on to find a passion, or the one who tried to undermine and hurt that person?

If the meanness comes from a place of entitlement, you need to remind your child that he hasn't made his way in the world and has no right to look down on others. Being born beautiful, or to wealthy parents, is not an accomplishment. He can't take credit for it. No matter what the root cause, this will not be a one-time conversation, so make sure to model kind behavior yourself.

The best way to safeguard your child against mean kids is to let him be who he really is and to support, encourage and show interest in his passions. A child who is loved for his true self and who is totally engrossed and supported in his pursuits is less aware of and affected by mean kids at school.

Brynne Chandler raised three children alone while navigating a career writing TV Animation. She has worked both out of the house and at home, giving her a uniquely broad perspective on what it takes to balance a career and kids. Brynne has been writing how-to and informational content for almost a decade. She is hard at work on her first cookbook, which combines fresh, simple recipes with science-based natural healing.