How to Get Toddler to Stop Hitting

Positive Discipline for an Aggressive Toddler 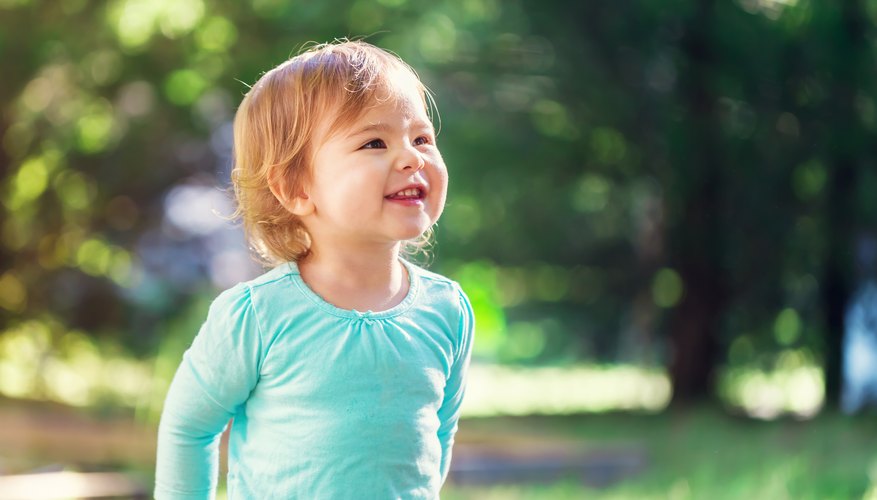 Toddlerhood is often a tumultuous time for both toddlers and their parents as they navigate the shift from infancy to childhood. Despite improvements in their communication and thinking skills, toddlers are still being ruled primarily by emotions. When your toddler is overwhelmed by his emotions, he may respond aggressively. Hitting themselves or others is a common way for some toddlers to express that they are frustrated, angry or otherwise unhappy about something. Luckily, with the right approach, you can help guide your toddler toward more positive forms of self-expression.

Manage Your Own Emotions First

It can be hard to keep your cool when your toddler just sucker-punched the dog, hit her baby brother or landed an unexpected blow on your cheek. While your initial impulse may be to lash out in anger by yelling or maybe even hitting her back, giving in to that urge is counterproductive. The first step in getting your toddler to stop hitting is to model the kind of behavior you would like to see. Allowing yourself to get angry will only reinforce negative behaviors. Instead, maintain your cool and calmly explain to your toddler that while it’s OK to feel angry or frustrated, it’s never acceptable to hit.

Physically Stop Your Toddler From Hitting

Most toddlers hit when they’re flooded with negative emotions. Maybe your toddler got jealous of the attention you were giving his sister; perhaps he got angry that another child took the toy he was playing with; or he was frustrated that he didn’t get his way. You know your toddler, so you can probably spot a potential trigger before it happens. If you think that your toddler might start hitting, remove him from the situation, or stay nearby and be ready to physically block his hand from coming into contact with the person or animal he tries to hit. Once you block his hand, tell him “no” with a calm, but firm, tone.

Give Your Toddler an Alternative to Hitting

Your toddler is hitting because she does not know a better way to express her negative emotions. You can transform incidents of hitting into teachable moments by explicitly teaching your toddler a better way to handle those types of situations. Show your child how to use her words to express what she is feeling in an appropriate way. For example, if she hits another child who is bothering her, you can teach her how to say “stop” and to walk away from the child instead of hitting.

Make an effort to notice when your toddler expresses himself in appropriate ways and then praise him enthusiastically for doing so. For example, if your toddler gently touches his sister to get her attention, give him immediate and specific feedback by saying, “Great job touching your sister softly!” The more you reinforce your toddler’s positive behaviors, the more likely he is to engage in them.