How to Make a Party Hat 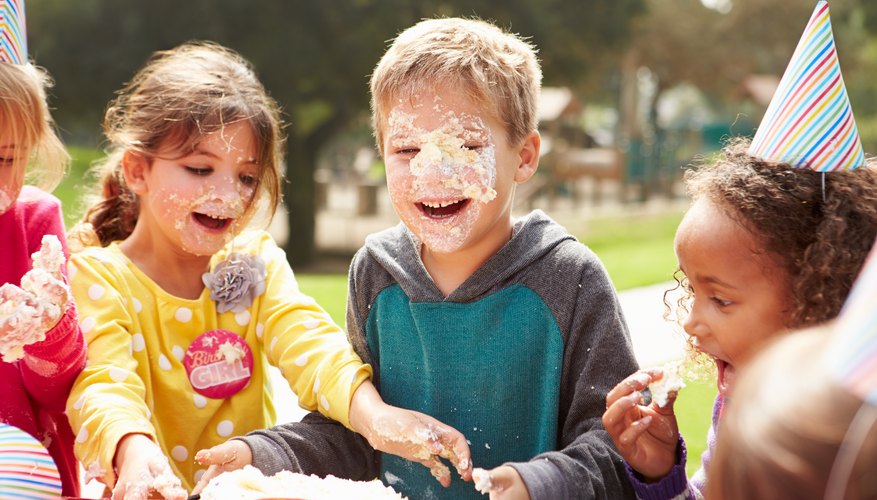 An activity that engages everyone from toddlers to grade-schoolers and requires no special supplies and minimal sharing? Hats off to that. Making paper hats is a perfect party project and gives every kid a a keepsake to take home. Sure, it's simpler to just tape together a few strips of construction paper and call it a crown. But making cone-shaped party hats requires about the same amount of effort, and you can adjust them to any size head. This type of hat also makes an easy and cute accessory to plop on your baby's head when she's the guest of honor at her own first birthday party.

The Basics: A Paper Cone

To start, you're going to need a sample hat to trace. Buy one from a party store, pull it apart and flatten it to make a template, or make your sample hat out of a piece of plain computer paper.

Holding the paper so the longest sides are parallel to the floor, bend the top two corners of the paper forward until they overlap and create a cone shape. It's basically the same technique you'd use to roll a paper cylinder, but you want the paper to come to a point at one end. Place the cone on your child's head to check the size. You can make it smaller by overlapping the edges of the paper more, if necessary. When the cone is the right size to fit on your child's head, press clear tape along the seam to keep the cone shape intact. One side of the cone will probably be longer than the other. Use scissors to trim off any excess. Remove the tape and unroll the cone.

Trace the paper pattern on to more sheets of plain white paper or construction paper and cut them out. Give kids their own paper templates and let them decorate the paper with crayons, markers and stickers. When they've finished, help each child roll his paper into a cone and tape the ends together. Punch a hole on either side of the hat just above the bottom edge. Cut two lengths of yarn and tie the end of each one through one of the holes. When the child puts on his hat, tie the yarn into a bow under his chin to keep the hat in place.

With a paper cone as the base of their hats, kids can make tons of variations and additions to their own headwear. Help them punch holes out of the paper and layer a different-colored paper underneath to make a hat with polka dots, or give them pom-poms and other lightweight craft supplies to glue or tape on to the paper.

They can easily add brims to their hats too to make hats that look like those worn by Harry Potter and his friends. After kids make their cone hats, show them how to place their hats on paper plates and trace around the widest point with pencil. Help them cut out the center of the plate, cutting just inside the pencil line, so the hat won't be too small for its brim. Let kids decorate their paper plate brims, then staple or tape the two pieces together.

Want to create a more store-bought and less homemade look? Follow the same process for making cone hats, but use poster board or card stock. Cut out a piece of fabric that's just slightly larger than the template. Take the template outdoors and spray it with spray adhesive; then carefully cover it with the fabric. Fold the edges of the fabric around the hat, securing them with more adhesive. Let the adhesive dry completely before making the hat. Use staples or hot glue to seal the edges of the hat together.