How to Apologize To a Friend

Tips for Teaching Your Child How to Say Sorry 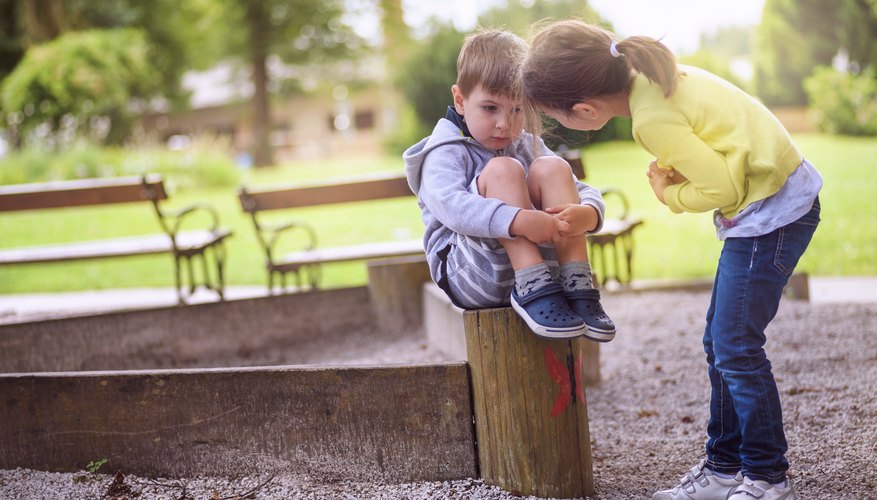 It's never easy to admit when you're wrong, and apologizing is the ultimate confession of wrongdoing in a child's mind. Convincing your child she should say she's sorry is step one. Making sure it's a genuine apology and that she tries to make amends with her friend takes even more work.

Be Free and Sincere With Your Own Apologies

Your child learns how to interact with others by how he sees you behave. That's a lot of pressure, right? The good news is you can teach him all the right lessons in life simply by modeling the behaviors you expect of him. After all, if you want him to sincerely apologize when he wrongs a friend, shouldn't you do the same?

As a parent, you make mistakes. Everyone does. Don't be afraid to admit that and apologize to your child. Say, "I'm sorry I got upset with you at the store. I shouldn't have taken my frustration out on you. I'll try harder next time to stay calm." Avoid the temptation to add a "but" into the apology. An example is, "I'm sorry I got upset at the store, but you were misbehaving and you know you shouldn't act that way." The "but" part of the statement takes away the effectiveness of the apology and puts the blame on the apology recipient instead.

Talk About What Happened

It's tough for kids to think like the other person in a situation. A child might take a toy that her friend has because she really wants it. She doesn't think about how her friend feels to have a toy stolen. Talking about the situation can help your child think about how her friend feels. When your child can be empathetic, she is better able to give her friend a sincere apology. Discussing the situation also helps your child realize that her behaviors were inappropriate or hurtful, so she can take ownership of those actions.

Let's say your child has a disagreement with a neighborhood friend after school because the friend started playing with someone else. Your child feels excluded or wants her friend all to herself. She's feeling upset, so she calls her friend a name or starts being mean to her. If you force your child to apologize immediately, she'll likely say the words without really meaning it. She's still upset about the situation, and she hasn't had a chance to think through how her friend feels.

Have your child tell you in her words what happened. Listen without interrupting. Let her express her feelings. Then, help her explore what her friend is feeling. Start by asking her how she thinks her friend feels. Have her imagine how she might feel in the same situation. Remind her of a time when she was on the receiving end of similar behavior. Help her identify the behaviors that made her friend feel bad.

Figure Out How to Make Amends

Apologizing is about more than the words "I'm sorry." Help your child figure out a way to make the situation better. If your young child hits or otherwise physically hurts his friend, he might give him a hug or offer him an ice pack. When your child is mean to a friend, he can say something nice or draw a picture to make him feel better. If your child acts selfishly, encourage him to share something with his friend or give his friend his undivided attention. If he betrays his friend's trust by spreading a false rumor about him, he can admit what he did and tell people the truth.

Sometimes it can be difficult to make amends if the friend is upset and refuses to talk to your child. Encourage your child to extend an apology and try to make amends anyway. The friend may need some time. Remind your child to be a loyal friend during that time even if the other child isn't speaking to him.