How to Suction a Baby's Nose

Clearing the Gunk From Your Baby's Nose With a Bulb Syringe 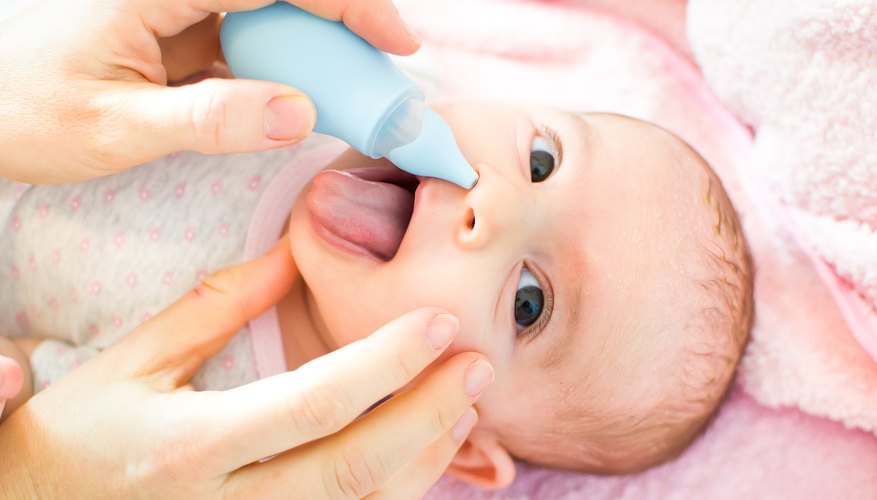 Things can get pretty messy once the snot starts running. Suctioning your baby's nose helps keep things clear, so she can breathe easier during a cold or congestion. Perfecting your nasal suction technique makes the process fast and easy on both of you.

Why You Need to Suction Your Baby's Nose

Bulb syringes suck out the mucus and gunk that builds up in your baby's nose, most often due to a cold, influenza or other illnesses. All that mucus causes congestion, which can make it difficult for your baby to breathe, especially while eating and sleeping. Since your baby can't blow his nose like you do, he needs a little help to clear the snot. The bulb syringe is a quick, easy way to clear your baby's nasal passages, so he feels comfortable and breathes easier.

How to Use a Bulb Syringe

Wash your hands well before suctioning. Make sure the bulb syringe is clean before you put it in your child's nose. Lay your baby down on the floor facing upward.

If your baby's mucus seems thick, spray a few drops of saline spray in each nostril with her chin tilted slightly upward to keep the liquid from draining out of her nose immediately. The saline loosens and thins the mucus, so it suctions out of the nose easily.

The suctioning process is simple, but your little one may not be excited about the sensation. These tips help make the process easier and safer for your baby:

When to Call Your Pediatrician

Minor colds often pass without treatment, but some situations are worth a call to your pediatrician. Check with your doctor if your baby has the following symptoms: