When Do Kids Learn ABCs

ABCs and 123s: Learning Milestones for Your Child 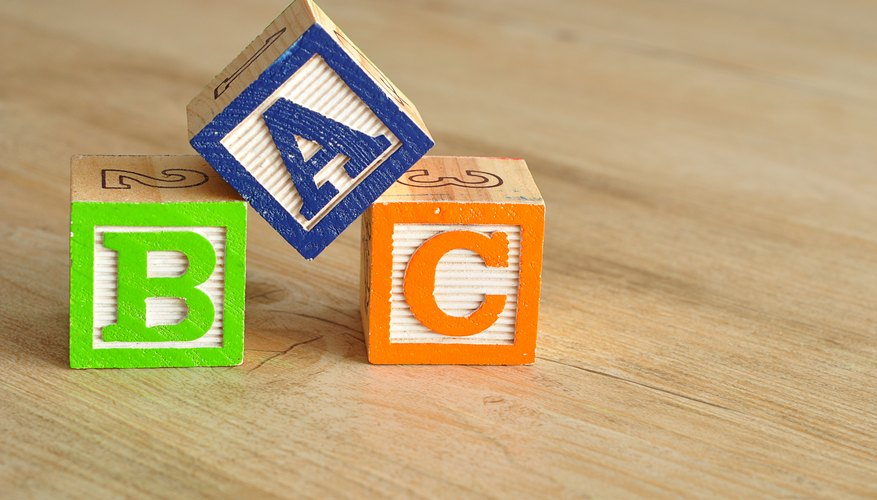 The “ABC Song” is a staple for the preschool set. Kids often memorize the song at an early age, but recognizing the letters takes a little more time. Simple learning activities help your little one make the connection between the song, the letters, and the sounds and shapes of the letters.

When Kids Learn the ABCs

Toddlers pick up the familiar tune of the “ABC Song” sometime around age 2 or 3. They hear it often from you and their older siblings and at day care. Even though they can sing the song, they probably don’t understand that those letters make certain sounds and correlate to the written letters.

Around age 3 or 4, kids start to make connections between letters and sounds. Your little one might start to recognize some letters and figure out which sounds go with them. When kids reach age 5 or kindergarten age, they usually recognize all the letters and understand the corresponding sounds. Keep in mind that children learn at a different pace, so your child may hit the ABC milestone early or a little later than other kids.

How You Can Help

Children pick up letters and sounds naturally, but you can help your little one along with everyday interactions. Talking about letters and sounds is a good start. You can also play simple, fun games and do activities that relate to letters.

Try these ideas to help your child learn the ABCs:

Other Milestones That Happen at This Time

The ABCs aren’t the only thing your little one learns at this time. Your child reaches lots of milestones and develops significantly during the toddler and preschool years.

At age 2 to 3, your toddler develops the following skills:

By age 3 to 4, your preschooler can do the following:

When your child reaches age 5, he should be able to: