How Many Bowel Movements Should a Newborn Have?

Normal Pooping Patterns for Your Newborn 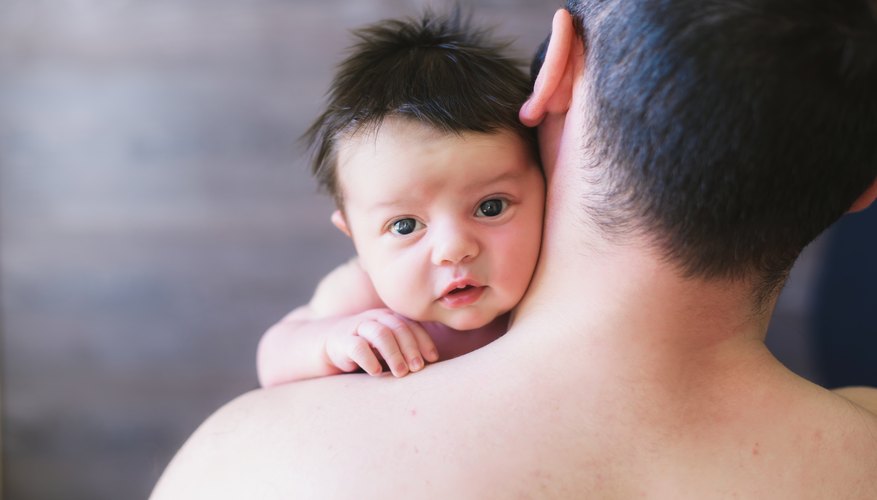 You have your diaper stockpile ready for your newest family member, but how many poopy diapers should you expect? Newborns go through many diapers in the first few weeks. The exact number depends on how you feed your baby and how his body processes that food. Taking note of the messes he makes in his diapers helps you figure out if his system is running smoothly.

Newborns kick things off right away with bowel movements the day they're born. The first bowel movements are called meconium. It's easy to recognize. The first poop is often thick and sticky with a greenish-black color. During the first week, your newborn's poop goes from the initial greenish black to green to yellow or yellowish brown.

Expect one or two bowel movements per day initially. As your little one reaches 1 week old, bowel movements can increase to five to 10 times per day. Many newborns have bowel movements after every feeding in the beginning. Gradually, the digestive system matures, and your baby settles into a regular bowel movement routine.

What you feed your baby can affect bowel movements. Breastfed babies usually have yellow poop that sometimes has a seedy appearance. Expect your breastfed baby to have frequent bowel movements in the first few weeks. When she reaches 3 to 6 weeks old, she should settle into a schedule of less-frequent poopy diapers. Because her body uses almost all of the breast milk, she doesn't produce as much poop as her formula-fed counterparts. One bowel movement a week can be perfectly normal for breastfed babies, although she might poop every day. Keep track of her bowel movements to get an idea of what is normal.

How to Help Your Baby Be Regular

In newborns, regular bowel movements come down to drinking enough fluid. If he doesn't drink enough breast milk or formula, he doesn't have enough fluid in his body to keep his stools soft and his system regular. He might have hard, dry poop because the lack of fluids makes him constipated.

Some babies also have issues with constipation if they lose fluids through an illness and fever. Environmental heat can also cause a loss of fluids that could affect your baby's bowel movements.

Feeding your newborn on demand helps give him the amount of formula or breast milk he needs to thrive. You know he's getting enough nourishment if he gains weight, has regular bowel movements and has at least four wet diapers per day. Keep his room cool and comfortable, so he doesn't lose fluids due to overheating. If you notice a fever or any sign of illness, check with his pediatrician.

When to See Your Pediatrician

Check with your newborn's pediatrician for the following poop-related issues: