When Do Cravings Start in Pregnancy?

When That Irresistible Urge Strikes 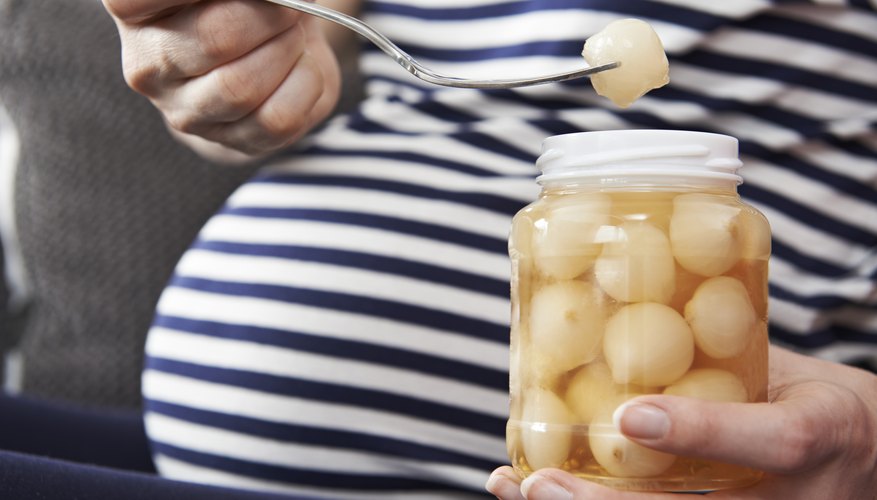 If you suddenly think ketchup on your waffles and mayonnaise-laden pickles sound like a delicious treat, you may be experiencing pregnancy cravings. While not all women experience cravings, if you do, you may find it difficult to conjure up the willpower to curb your cravings.

The jury is out as to exactly why pregnant women experience food cravings, but a few theories exist. Craving a certain food might actually be the body’s way of signaling that it needs more of a certain nutrient. Dumping salt on your fries or tearing into a bag of chips may mean that your body needs more sodium. That longing for ice cream might be your body’s signal that it needs more calcium.

During pregnancy, your hormones are elevated, which can lead to a heightened sense of taste and smell. This may help explain why some women develop strong aversions to certain foods and why other foods seem over-the-top delicious and lead to cravings.

The foods pregnant women crave depend on cultural influences. For example, common food cravings for American women are dairy and sweets, such as chocolate. But, in other countries, chocolate might not even make the top five. Also, if you craved a certain food before pregnancy, such as salty foods, chances are that the craving will continue during pregnancy.

When Do Cravings Begin?

Women may begin to experience cravings during their first trimester that peak during the second trimester. The food cravings, even though very strong during pregnancy, typically disappear once the baby is born. But some women never experience food cravings. Women who battle morning sickness or develop strong food aversions may not crave any type of food throughout their pregnancy. And just because you craved a certain food during your first pregnancy doesn’t mean you’ll crave it the next time around. Lastly, if you typically are able to exercise strict self-control and discipline in your food choices, you might be able to fend off food cravings during your pregnancy, too.

Giving in to Cravings

Most cravings are harmless, and although some pregnant women crave unusual food combinations, they typically present no harm to mom or baby. The exception occurs when women crave non-food items, a phenomenon known as “pica.” An overwhelming desire to eat a substance such as dirt or soap can lead to harmful effects. Also be careful about giving in to cravings when you replace healthy, nutritious foods with frequent poor food choices. Eating the occasional food that you crave is unlikely to create a problem, but replacing a healthy diet with constant unhealthy choices can be harmful to both mom and baby. It can lead to nutritional deficiencies and unhealthy weight gain.

When experiencing a craving, ask yourself if it’s truly the food that you want, or if you can’t fulfill the craving with a healthier substitution. For example, if you’re craving carbs, try a whole-grain bagel instead of a doughnut. If it’s something sweet you’re after, maybe strawberries will satisfy you instead of candy.

A mother of two, Erin Agnello writes about parenting, relationships and education. Her work has appeared on sites including The Bump and Mom.me. Agnello has been teaching since 2001 and works in special education and early literacy. She holds a B.A. in psychology from Wilfrid Laurier University and a B.Ed. from Windsor University.