How Does a Pregnancy Test Work?

Believe It or Not? The Science Behind a Drugstore Test 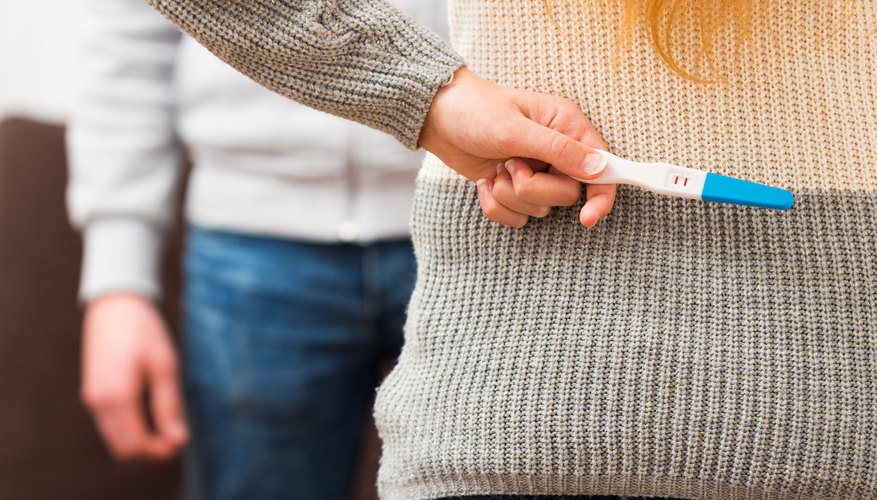 Someday, technology may advance to the point that your personal robot will be able to tell you you're pregnant the second a fertilized egg settles down in your uterus. For now, pregnancy tests are the best alert system we have. Your doctor can perform a simple blood test to tell if you're pregnant, but many women prefer the ease and privacy of using an at-home urine test. Although your grocery store shelves may be stocked with tons of brands and versions of pregnancy tests, they all generally work the same way.

From the moment a fertilized egg attaches itself to the lining of your uterus, your body kicks into pregnancy mode and starts producing a hormone called human chorionic gonadotropin, or hCG. The hormone makes its way into your bloodstream and urine. A pregnancy test stick has a strip that's treated to react when it comes in contact with hCG, triggering the positive sign and letting you know you're pregnant. It takes just a few minutes for this reaction to occur.

The hCG in your blood and urine starts out at undetectable levels, which increase quickly in the days after the fertilized egg implants itself. Your hCG levels double every two to three days. That's why it won't do any good to take a pregnancy test just a few days after conception. Although you may be pregnant, the test won't be able to detect the hCG just yet.

If you go to the doctor for a pregnancy test, she may use a urine test or a blood test. The downside of having a blood test is that you'll have to wait for the office to process the sample before you get an answer, as opposed to the nearly instant results that a urine test provides. However, a blood test can confirm a pregnancy slightly earlier than a urine test can. The difference may only be a day or two, though.

While there's no harm in using a pregnancy test too early, it can be emotionally draining to see a negative result if you're hoping for a positive one. That's why it's best to wait to test yourself until there's a good chance that the test will be accurate.

Home urine tests make different claims about how soon after implantation they can detect pregnancy. Some may work as soon as six days after implantation, but others won't return a positive result until at least eight days have passed. Complicating the matter is that it's hard to estimate how long after sex it will take for your egg to be fertilized and move into the uterus. It may take a week or longer for that to happen, depending on when you ovulated.

If your test is negative, wait a few days and take another test if your period doesn't begin. As soon as you see a positive result, call your doctor and schedule an appointment so she can confirm the pregnancy with a blood test. Alternately, skip the urine test and go in for a blood test if your period doesn't arrive on time. Some home tests won't detect pregnancy until you're at least a week past your missed period.

Home pregnancy tests aren't always accurate. You may get a false negative if you take the test too early or if your hCG levels are unusually low. Less commonly, some women get false positive results. Sometimes that will happen if you were briefly pregnant but miscarried right away. It's rare, but that's why it's important to have your doctor confirm your pregnancy before getting your hopes up. As soon as she verifies that you really are expecting, you'll have plenty of time to celebrate.