How Early Can Pregnancy Symptoms Be Felt?

Early Signs of Pregnancy: What to Look For 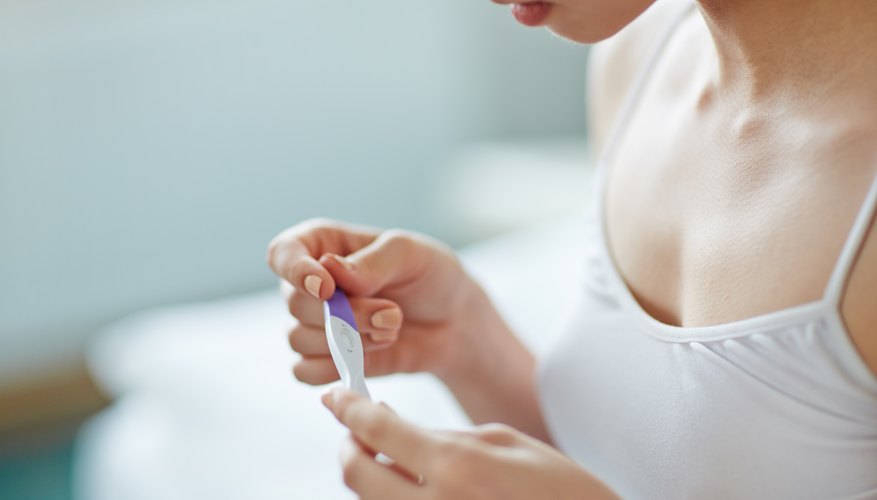 When you are trying to get pregnant, every minute of the dreaded two-week wait can feel like an eternity. When women first feel pregnancy symptoms varies. Some women notice signs as early as implantation, which happens eight to 10 days after ovulation, while others don’t have any symptoms until several weeks after a missed period. While you may not get a positive pregnancy test result until after you’ve missed your period, it's possible to pick up on some early signs if you are in tune with your body and know what to look for.

Have you noticed light spotting or bleeding? Light bleeding can be an early sign of pregnancy. Implantation happens when the fertilized egg makes itself at home in the lining of the uterus, and sometimes, that causes spotting or bleeding. The difference between implantation bleeding and menstrual bleeding is in the amount of blood and how long it lasts. Implantation bleeding is typically much lighter than your period and only lasts from a few hours to no more than a couple of days.

Have you experienced any cramping? The process of implantation also can cause mild cramps along with light bleeding. Because both bleeding and cramping also are commonly associated with a menstrual cycle, you may get confused when trying to figure out if you should expect your period or a positive pregnancy result. Much like the implantation bleeding, though, cramps caused by implantation will be much milder than period cramps and only last from a few hours to a day or so.

Are you suddenly sleepy all the time? Pregnancy triggers all sorts of hormonal reactions. During early pregnancy, the body increases its production of the hormone progesterone, which can make you feel extra tired and sleepy. If you feel sleepier than usual without experiencing a major shift in your normal sleep patterns, it could be an early sign that you might have a bun in the oven.

Do your breasts feel larger or more sensitive? Changes in your breasts could be an early sign of pregnancy. Thanks to hormonal shifts, your breasts might feel fuller and sore or sensitive to touch. You might also notice that your nipples have gotten larger or are darker in color. Sore, sensitive breasts are also a common sign of an impending period, but in early pregnancy, this soreness is often more pronounced.

Did you cry over a sappy commercial or feel an extra twinge of road rage on your way to work in the morning? The hormones that flood your body during early pregnancy tend to push a lot of emotional buttons. If you are feeling weepy or experiencing mood swings, it might be a sign of early pregnancy.

Do you find yourself having to pee more often than usual? The pregnancy hormone, HCG, triggers an increase in blood traveling to the pelvic region, which tends to irritate the bladder. If your typical urinary routine has suddenly required more frequent trips to the bathroom, it may be a sign that you are in the early stages of pregnancy.

Have bowel movements suddenly become a struggle? While the hormonal flood often makes you need to urinate more frequently, it could have the opposite effect on your digestive tract. A slower digestive system can lead to constipation, which is another common sign of early pregnancy.

Have you been feeling queasy lately or experienced vomiting? Don’t let the name fool you; morning sickness can happen at any time of day. Whether you actually vomit or not, feeling nauseous is a common experience for pregnant women and sometimes starts as early as three weeks after conception.

Have you been feeling lightheaded or slightly dizzy? During early pregnancy, your blood vessels dilate, and your blood pressure drops, which can sometimes make you feel slightly off-balance or lightheaded.

Changes in Tastes or Smells

Does your favorite toothpaste suddenly taste funny? Maybe you have noticed a strange metallic taste in your mouth, or your husband’s cologne unexpectedly makes you sick to your stomach. Pregnancy hormones are notorious for altering the way you experience smells and tastes, so unusual changes in your favorite foods or scents may be another early sign that you are pregnant.