How Many Hours of Sleep do Kids Need?

You Might Crave Sleep, But Your Child Needs Even More Shut-Eye Than You Do 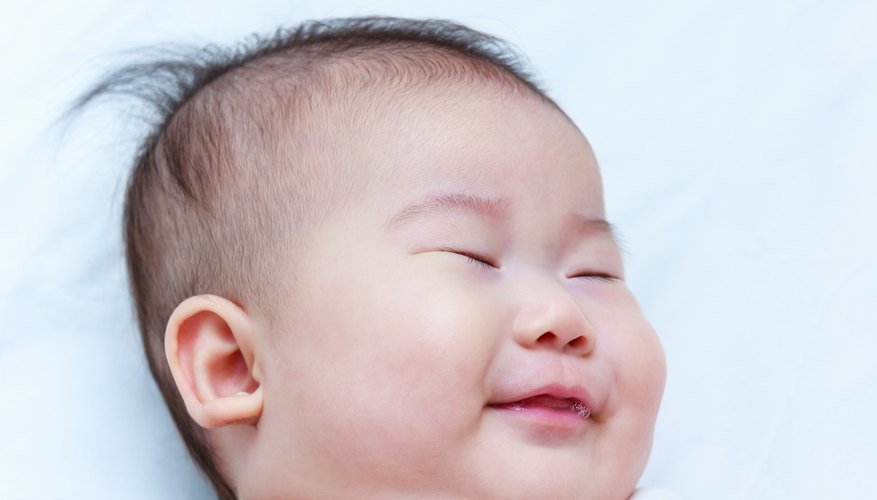 All kids aren’t created equal, particularly when it comes to their sleep habits. The amount of sleep your little one needs depends on his own internal clock as well as his age. What suits one toddler just fine can leave another feeling tired and grumpy. That said, the University of Australia reported after an extensive study that many children are getting less sleep than they need these days, and the time they spend sleeping has been shrinking from year to year. But kids can get too much sleep for optimum health, too.

Infants’ sleep requirements can be hard to get a handle on because infancy covers a span of several months when your baby is growing and maturing at a pretty quick pace. How much sleep he needs depends on exactly how many months old he is.

Newborns up to a month old generally need from 15 to 16 hours a day, and some may sleep as many as 18 hours a day. The National Sleep Foundation suggests that 17 hours is a pretty good rule of thumb, with as many as 18 or 19 hours being acceptable. Don’t worry, you’ll still have plenty of bonding time with him, because babies this young don’t sleep in one long stretch. Those hours are broken up into two- to four-hour increments.

Expect your infant's sleep-time needs to begin dropping in his second month of life. Babies up to about a year old typically need between 14 and 15 hours of sleep a day, and 15 or even 16 hours is best. Include nap times in the tally. He should begin sleeping for longer stretches at around 1 month—welcome relief for parents beginning to crave a full night's sleep!

Now’s the time when you’ll want to begin acclimating your baby to a regular bedtime schedule. Try to put him down at the same times every day. Younger infants tend to be impervious to triggers like daytime or nighttime because they haven’t developed their circadian rhythms, so they need a little guidance and repetition from their parents to settle in. But this begins to change when they’re anywhere from 1 to 4 months old.

Your toddler still needs to sleep away a good portion of the day. Recommendations for little ones ages 1 through 3 years range from a minimum of 11 hours a day to as many as 14 hours a day up to about age 2. The National Sleep Foundation warns against less than 9 hours a day or more than 16 hours.

When it's time for preschool, a child's life starts getting busy, or at least his days become more structured. Some kids start as early as age 2 and may attend until they begin kindergarten at age 5.

If your child is accustomed to a regular nap schedule, preschool might jar him off his usual routine a little. Most preschools schedule nap times into their daily programs, but the timing may not be what your child is used to, so it may take him time to adapt. You can help him along by sticking to the school's schedule on days when he's home. You might also find out in advance what the school's nap schedule is and start easing him toward it ahead of time.

As a practical matter, he’s probably been napping just once a day since he was a year old or so. He’ll still need that nap until he’s about 3 years old, and it might last anywhere from 1 to 3 1/2 hours. Don’t expect him to give up his naps entirely until he’s about 5. He should be sleeping from 10 to 13 hours a day during this stage of his life, including nap times. The National Sleep Foundation advises against less than 8 hours or more than 14 hours a day at this age.

If you haven’t experienced bedtime wars before age 5, you can probably expect to encounter them by the time your child begins elementary school. Kids become busy little people around this time. Friends, computer time, video games and family all monopolize his hours, so he might be reluctant to flip the switch and hit the sack when he'd rather be up and connected.

You Know Your Child Best

There’s no pinpoint answer on exactly how much sleep your child needs. He might require significantly more or less shut-eye than his sister, but the high and low parameters for these age groups can offer some guidance. You can watch your child’s behavior and overall health for clues about whether he’s getting enough or too much sleep within those frameworks.

If he’s usually alert and cheerful, he’s probably sleeping close to the number of hours his inner clock demands. If he’s often irritable and dozes off in class or at other inappropriate times, you might want to make some adjustments. His energy level can also indicate—in a way that's surprising—that he's not getting enough sleep. Unlike adults, kids tend to wind up rather than down when overly tired. It's entirely possible that rather than snoozing off unexpectedly, your child may seem overly energized, particularly in the evenings.

Risks Associated With Too Little Sleep

Too little sleep over an extended period of time can prompt the development of attention, behavioral and learning problems, so you'll want to monitor the situation as your child grows. Kids who get inadequate sleep also tend to have weight problems because they resort to sugary snacks to fuel them up when they’re feeling tired.

Beverly Bird has been writing professionally for over 30 years, specializing in issues of personal finance. She has offered personal finance workshops for single, divorced, and new parents.