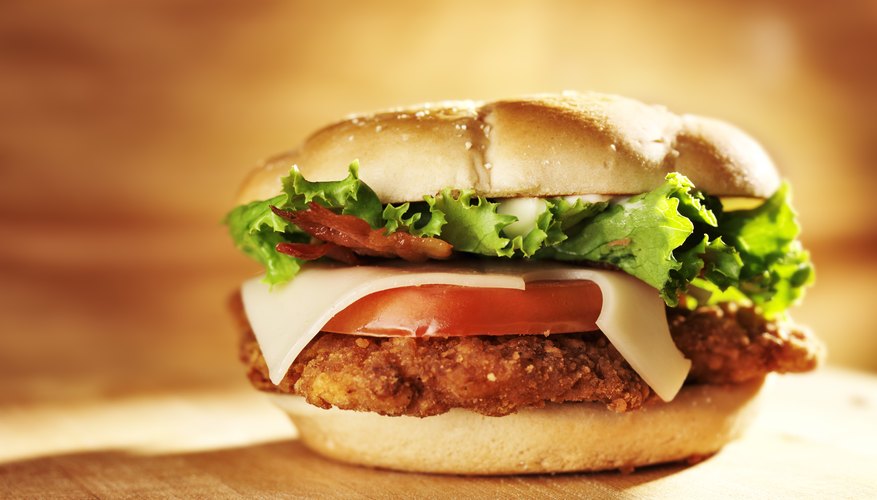 Fast food is God’s gift to working moms. Or is it? Sure, it’s quick and simple. Meal preparation can be as easy as thrusting your arm through your car window. Turn over a handful of cash and collect dinner. But what are you getting for those dollars?

Your family’s health matters, and giving them tons of fatty food and excess sodium is in nobody’s best interests. The good news is that you could do a whole lot worse in the fast food world than Chick-fil-A. It may not be as healthy as a home-cooked meal, but it’s nowhere near as unhealthy as some other fast food chains. In fact, Chick-fil-A has taken steps to offer health-conscious diners even more options.

About That Chicken Sandwich

The fried, boneless chicken sandwich is Chick-fil-A’s signature offering. It got the whole chain started back in 1965. Founder Truett Cathy got into the restaurant business with an establishment called the Dwarf Grill in 1946. He created what he decided was the perfect chicken sandwich some 20 years later, and the first Chick-fil-A was born, opening in a mall outside Atlanta and growing by leaps and bounds ever since.

Of course, “fried” is the key word here. If you go with the Chargrilled Chicken Sandwich instead, it’s actually pretty healthy – only 260 calories with just 3 grams of fat. Compare that to the burger joint next door.

Some Other Good Options

Chick-fil-A has an extensive menu, sprinkled with some relatively healthy selections for the mom who wants her kids to eat well even when that turns out to be on a fast-food kind of day. Depending on the size you order, the chicken nuggets can pack as much as 23 to 40 grams of protein. Not bad, although they also provide a not-so-healthy 19 grams of fat. You can get grilled nuggets if you want to avoid fried food, but the eight-nugget serving is loaded with 530 mg of sodium. That’s almost 25 percent of the recommended daily limit for adults in just eight little pieces of chicken. Just think of what an overload it could be for your kids.

Mom and Dad might want to consider one of Chick-fil-A’s salads, although this might be a tough sell with the little ones if they don’t love greens. The Chargrilled Chicken Garden Salad packs only 6 grams of fat. But don’t be fooled by the Chicken Salad Sandwich, which comes in with 20 grams of fat and about 500 calories. Even the Chicken Salad Cup has 24 grams of fat. Ouch.

The Chicken-n-Strips salad is just about as bad with 22 grams of fat. You’ll get a lot of protein from this one, but at the cost of a lot of calories. And you’ll probably want to stay away from the cole slaw and the Carrot and Raisin Salad. The latter is loaded with sugar, and the cole slaw reportedly has a 78 percent fat content.

Chick-fil-A rolled out a variety of farro, quinoa and squash menu items in late 2016. It was a test run of sorts and was focused mostly on areas of California, Florida and Alabama, but you’ll definitely want to scan the menu at your local restaurant to see if any of these options have found their way there. Specifically, there’s now a new Harvest Kale and Grain Bowl, as well as an Egg White Grill Grain Bowl. The menu expansion was a bid to cater to health-conscious customers. That sounds pretty healthy, doesn’t it?

Beverly Bird has been writing professionally since 1983. She is the author of several novels including the bestselling "Comes the Rain" and "With Every Breath." Bird also has extensive experience as a paralegal, primarily in the areas of divorce and family law, bankruptcy and estate law. She covers many legal topics in her articles.