One more reason to love this kid-friendly, go-to food 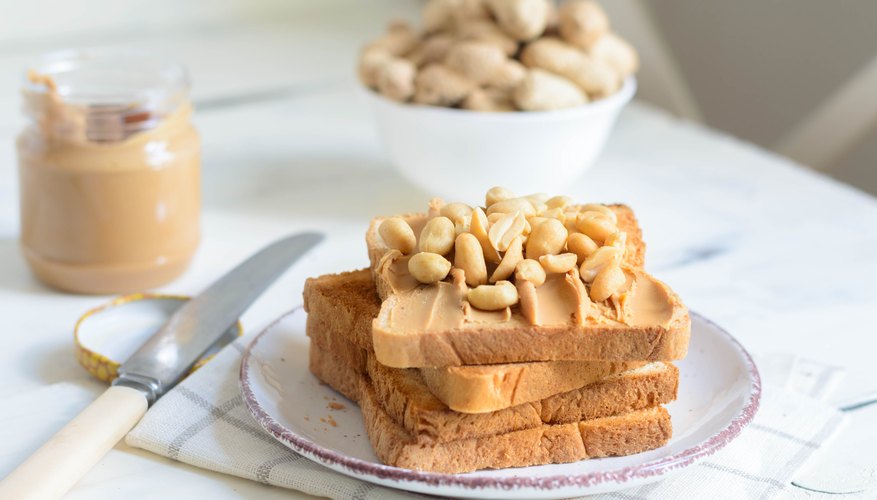 Most moms have strategies for coping with picky eaters, but working around dietary restrictions is a whole other ball game. When one or more of the mouths you have to feed regularly is vegan, for example, it means that even beloved ingredients such as peanut butter need a long, hard look before you serve them. As it happens, most brands of peanut butter are perfectly acceptable to most vegans, so you won't need to drop this kid-friendly staple from your repertoire.

The short explanation of a vegan diet is that it includes no animal products of any kind. Vegans eat no meat, no eggs, no fish, no poultry and no dairy products, which means making meals to suit both vegans and non-vegans can be something of a challenge. There are also less-obvious traps for the unwary cook: Gelatin comes from animals unless it's specifically labeled as vegan, and Worcestershire sauce is out because it's made in part from anchovies.

Unlike Worcestershire sauce, peanut butter is a pretty easy food to decode. The simplest and most natural versions include peanuts only, and perhaps a bit of salt. Peanuts are a plant food, and salt is a mineral, so there's nothing there to offend even the strictest of vegans. Those forms of peanut butter tend to separate into oil and solids and need stirring before they're used, so even some brands of natural peanut butter add stabilizers to keep them from separating – but they are vegetable-sourced, so they're also a safe bet. Mass-market mainstream peanut butters are sweetened, as well as having stabilizers. Most vegans are okay with that, but some take exception to the use of sugar.

Sugar Can Be a Sticking Point

If you're not an active vegan yourself, you might not understand why a plant food like sugar might be controversial, but it's actually a hot topic within the vegan community. Sugar itself is derived from plant sources such as sugar cane and sugar beets, but refined sugar gets its sparkling white color from careful filtration, and what it's filtered through is often charcoal made from animal bones. The char leaves no actual animal content in the sugar, and that's good enough for a lot of vegans. Others, though, will only use sugar – and therefore, peanut butter containing sugar – if it's certified vegan, meaning bone char was not used in its production.

Watch Out for Honey as Well

You might also find “all-natural” peanut butters sweetened with honey instead of sugar. This neatly sidesteps the whole issue of filtration through bone char, since honey isn't filtered in the same way, but it's still not an acceptable ingredient. Vegans typically shun honey because it's produced by bees, just as dairy products are produced by cows, and therefore it's considered an animal product.

A Few Final Things to Remember

It's important to bear in mind that, even though peanut butter itself is safely vegan, you have to combine it with other vegan-friendly ingredients to make a vegan snack or lunch. Bread and crackers often contain dairy ingredients or eggs, so you'll have to read their labels or choose brands that are specifically vegan-friendly. Butter is “O-U-T out” as a spread, obviously, but many brands of margarine also contain milk solids to enhance their flavor. If you're to use it along with the peanut butter, choose an explicitly vegan brand for that as well. If you're in a hurry and can't get out to the store, good old “ants on a log” is a fail-safe snack for emergencies.