Not just “Autumn in New York” 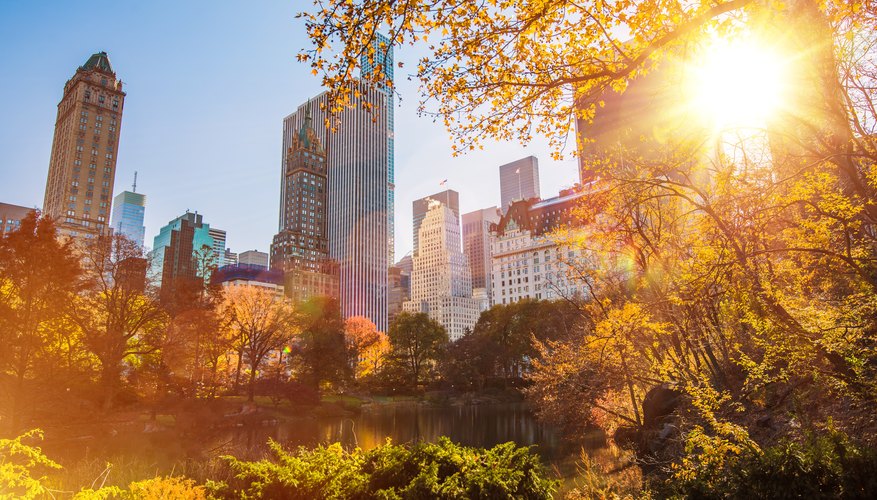 While Billie Holiday sings the praises of “Autumn in New York,” there’s almost never a bad time to visit the city. The best time depends on what you want to see and do and how much money you want to spend.

Summer vacation is an obvious time to take the family to see the city that never sleeps. You certainly won’t be the only family with this idea, but since New Yorkers often escape the city’s heat in the summer, it won’t be extremely crowded. Even though temperatures might be in the high 80s F, it often feels hotter thanks to NYC’s humidity. Just pack light clothing, and if it gets really hot, head to the beach on Coney Island.

Thanks to the cooler, but still very comfortable weather, autumn is the most popular time to visit. Hotel prices reflect this—they’re highest in September and October. Lots of plays and musicals premiere in the autumn, so if your family wants to see the latest at the theater, fall is an ideal time to visit.

Christmas is one of the most-expensive and busiest times in New York, but crowds and prices drop to their lowest levels of the year in January and February. On a visit during this time, you might be lucky enough to see NYC on a rare snow day. Central Park is gorgeous blanketed in snow, and the New Yorkers’ sometimes brusque attitudes give way to childlike fun (at least until traffic gets too snarled).

One of the most unusual days to experience Manhattan is in the springtime. On Easter Sunday, Fifth Avenue fills with New Yorkers dressed in their Easter finery or in outlandish costumes as they celebrate spring in an informal parade. Cameras almost outnumber the fancy hats. Spring, particularly March and April, tends to have lower crowds and lower prices compared with fall, but keep in mind this is still on the more expensive New York scale.

New York is a walking city, and you should plan to spend lots of time exploring on foot. But don’t forget that New Yorkers are busy people and can be impatient. Practice good walking etiquette by being sure to leave plenty of room on the sidewalk for faster people to pass you. Never stop to take a photo or to admire the scenery without moving well out of the way of pedestrian traffic.

The subway is the fastest, easiest and cheapest way to travel greater distances around the city. The subway also can be fun. You will often see very talented musicians playing in the stations, and people-watching on the trains can be very entertaining. New York really is like nowhere else in the world. While movies and TV shows sometimes portray the subway as the location of crime and drama, NYC’s subway system is easy to navigate and safe, even at night.

What to See and Do

New York’s top tourist spots are popular for good reason, but don't forget to take time to explore the real New York City. New York’s neighborhoods are all very different from each other. One of the best ways to explore the city is to pick one or two must-visit activities each day, such as a museum or famous place, and then wander around the neighborhood they’re in to see what else you can discover.

You won’t want to miss the city’s famous architecture. The Empire State Building (350 Fifth Ave., New York), Rockefeller Center (45 Rockefeller Plaza, New York), Grand Central Station (89 East 42nd St., New York) and the Brooklyn Bridge are all top draws. But you don't have to pay to see them. You can walk across the Brooklyn Bridge and go inside Grand Central for free. The other buildings are often better seen from across the street or even from across town. One of the best ways to see the Statue of Liberty is by sailing by it on the free 25-minute ferry to Staten Island (just avoid going at rush hour).

No visit to New York is complete without spending time exploring Central Park. It has open spaces for the kids to burn off energy, as well as beautiful fountains, bridges, tunnels and even a castle.