Free Things to Do in Western Massachusetts 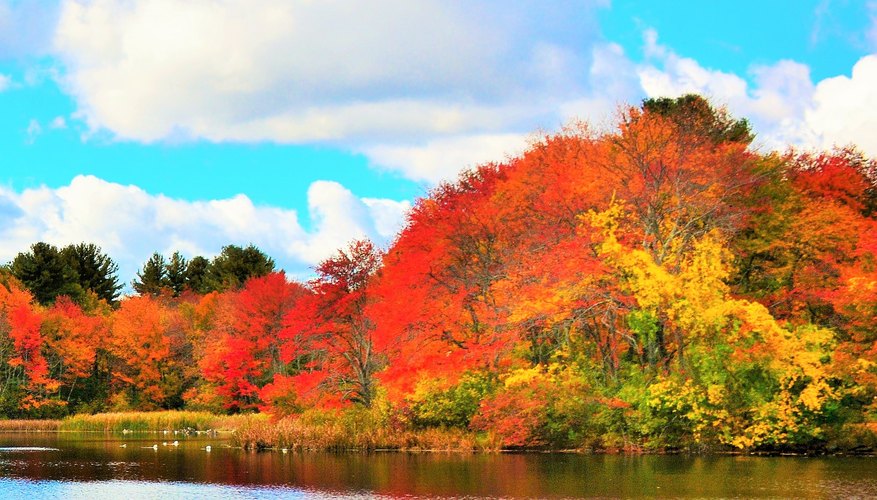 After a long, hot summer, fall can come as a relief, with its energizing cool weather. There is no better time to visit Western Massachusetts than early October, when the leaves are turning into brilliant, variegated colors from yellow to shocking pink. It's then, if ever, that folks are reminded that the best things in life really are free.

Of course, nature doesn't keep a strict schedule, and "peak foliage" is somewhat subjective, in any case. Stay tuned to the weather channel and plan your trip accordingly. It might be pleasantly cool one day and not-so-pleasantly cold the next, so bring clothing to layer in order to stay comfortable throughout your visit.

Take a Drive through Massachusetts on the Mohawk Trail

The Mohawk Trail (Rte. 2 from Williamstown, MA to Athol, MA) is one of the most beautiful drives in New England. On this route you'll travel through the Berkshires and Pioneer Valley, past forests and along rivers, with many points of interest on the way. The trail was first forged by Native Americans of the Five Nations as a path between the Connecticut and Hudson Valleys.

Be prepared for the famous hairpin turn, close to the town of North Adams. Here, the trail rises to an adjacent lookout point where you can view a gorgeous riot of fall foliage colors, as well as mountainous portions of Vermont and Massachusetts, including Mount Greylock, Mount Prospect and Mount Williams.

Williamstown, located at the western edge of the Mohawk Trail, is home to not only Williams College (880 Main St., Williamstown, MA) but also Field Farm (554 Sloan Rd., Williamstown, MA)—316 acres of meadows, fields, hiking trails and wetlands where a wide variety of birds and other creatures gather. Then there are the farm's two architectural gems. The first is a modernist, Bauhaus-style house designed by Edwin Goodell, Jr. in 1948, surrounded by landscaped gardens and 13 sculptures, including works by Richard M. Miller and Herbert Ferber. Even the furniture in the house maintains the modernist mode. The second building, a pinwheel-shaped cottage known as The Folly, was designed in 1965 by noted modernist architect Ulrich Franzen and contains furnishings designed by him. Both buildings were specifically created to fit with their natural surroundings, as advocated by Frank Lloyd Wright himself. The Field Farm is free to all, although donations are accepted.

Discover the Magic of Animation

You may be surprised to learn that some of the best special effects in Hollywood's biggest movies were created in Western Massachusetts. Visit the Animagic Museum of Animation (135 Main St., Lee, MA) in the Berkshires, and you'll be convinced that art is not a matter of location, but of creation. The kids will love the museum's exhibits on animation art and invention—such as some of the actual models used in movies—as well as puppets, a stereoscopic 3-D effect and educational films. They'll also learn how special effects are created. The museum is open seven days a week, but you must call ahead to make an appointment. The museum itself is free, but there is a fee for a two-hour workshop it offers in which a youngster can create her own animated movie from start to finish.

On the Street Where They Lived

Deerfield, once on the western edge of the frontier, is located in the appropriately named Pioneer Valley. It's close to the lively college towns of Amherst and Northampton, but the ambience could not be more different. In the part of town known as Historic Deerfield (80 Old Main St., Deerfield, MA) walk down a street with 18th-century houses looking pretty much the same as when they were built, both outside and in. Two of these carefully preserved buildings are open to the public with no charge, and of course, the street itself is open to all. Let your kids imagine what it might have been like living in this isolated village back in the 1700s with none of the modern conveniences we've grown to depend on.

A River Runs Through It

South Deerfield is home to Mount Sugarloaf (300 Sugarloaf St., South Deerfield, MA), a mountain for the masses—at only 652 feet to the top, most folks who are in decent shape can reach the summit in only 40 minutes or so. Be aware, however, of the few steep spots where a climber will have to grab a branch or a root to keep going. Wear hiking boots and bring along bottled water.

You'll want to bring a good camera, too. There are several trails up the mountain—including one for cars for non-hikers—and they all lead to the same place at the summit. There you'll find picnic tables, spots to rest, and an observation tower with two levels of viewing platforms; there are about a dozen steps up each of two spiral staircases. From this tower, you'll have a spectacular view of Pioneer Valley countryside and the Connecticut River winding through it.