The 411 on U.S. Passport Requirements

Here's How to Get Your Most Important Piece of Travel Documentation 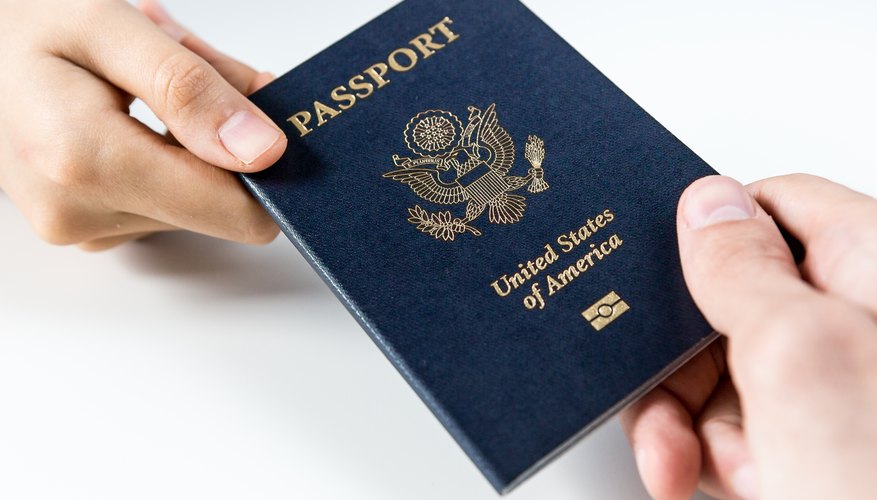 Traveling outside the country broadens your horizons, but first it'll broaden your familiarity with government forms. Most countries require that you have a passport in hand when you reach their border, and in most cases you and your kids will need them to get back into the United States when you come home. The application process isn't especially difficult or expensive, but it does take several weeks, so it's best to start well before you plan to travel.

What You'll Need For Documentation

The primary document needed to get a U.S. passport is the appropriate application form, either a DS-82 for a passport renewal or a DS-11 for a new application. You'll also need a few supporting documents to go along with the application. Foremost is proof of your U.S. citizenship, such as a birth certificate, native status card or your previous passport in the case of a renewal. You'll need to provide the original document, as well as a photocopy of at least the front and also the back of the document if that includes pertinent information. Aside from that, you'll need current government-issued photo ID, usually a driver's license, and a photocopy of that as well. Finally, you'll also need to submit a suitable passport photograph. You can submit the application by mail, or you can do it in person at a passport agency or acceptance center.

The State Department lists specific requirements for your passport photo. It must be 2 inches square, in color, and taken within the past six months. Your expression must be natural, either neutral or an unforced smile, and you must face the camera directly. The background must be plain and light in color, and there can't be any shadows in the photo. Any photographer offering a passport photo service should be up to speed on these requirements, but before you plunk down your money, bookmark the pertinent State Department page and compare it to the photos you're purchasing. If they don't measure up to the official standard, insist on a re-take.

If you're traveling with kids, they need passports, too. Getting one for a child under 16 requires a trip to the nearest passport acceptance facility, because you always have to apply for children passports in person. Anyone under 16 won't have a driver's license for ID, so bring along a birth certificate or other proof of citizenship, along with a photocopy of that piece of ID. You'll also need documentation to prove parentage, and both parents have to sign off on the application. That's easiest if you all go to the passport acceptance center together, but if one parent can't make it, you can submit a signed and notarized consent form. There are specific forms for other situations, such as the other parent being deceased or missing.

The fees for a passport application vary, depending whether you want a standard passport book, the wallet-sized passport card, or both. For first-time applicants 16 or over, the standard fee is $110 for the book and $30 for the card, plus a $25 "execution fee." Renewals cost the same for the book and the card, but you won't pay the additional $25 fee. A child's passport costs less, at $85 for the book and $15 for the card, plus the same $25 fee if it's a first-time application. Ordinary processing time for a passport application is six to eight weeks, but you can expedite it an additional fee of $60 per application. That shortens the processing time down to two or three weeks, a much more appealing prospect if you have a trip planned for the near future.

Occasionally you might receive a passport containing an error, such as a misspelling of your name. There's a separate form for fixing those, the DS-5504. Submit that along with your old passport, and a replacement will be issued at no cost to you.

You can also use that form if your name changes within a year of the passport being issued. If it's been more than a year and you have your old passport, use the DS-82 renewal form to get your name changed; if you don't have the old passport, you'll need to use the DS-11 form and complete a full new application. In those instances, the regular adult application or renewal fees apply.

Finally, if the State Department issues you a passport but you don't receive it, submit a DS-86 form to alert the government that it's gone astray. The State Department will issue you a new passport and invalidate the old one. Anyone who attempts to use the invalidated passport will face detention, even if it's you, so if your passport shows up belatedly, you'll need to hand it over and wait for the new one.