What Does TSA PreCheck Mean?

Cutting Down the Inconvenience of Air Travel 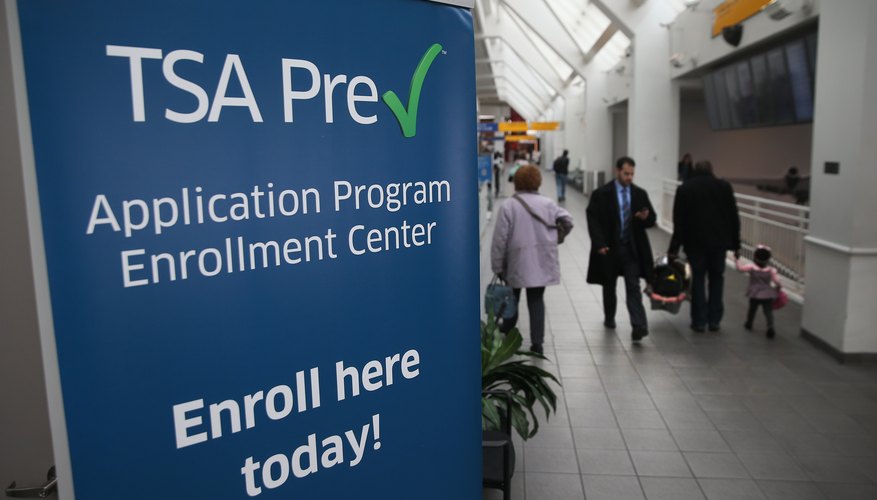 Passenger screening at airport security checkpoints can seem excruciatingly slow, especially at high-traffic times when everyone's flying. That's the price of safety in the air: It takes a long time to thoroughly examine every traveler and their bags before boarding. Safety is something everyone can get behind, but waiting endlessly in screening lines with a restless, bored kid or two isn't a memory you'll cherish. For anyone who flies regularly, the Transport Security Administration's PreCheck program is a way to avoid that inconvenience and breeze through security.

PreCheck in a Nutshell

The idea behind PreCheck is pretty straightforward. Instead of the TSA's agents screening you at the security gate, the agency screens you ahead of time. Having determined that you are indeed who you say you are and that you don't pose a security threat, the TSA gives you and your bags a relatively quick look and waves you through whenever you fly. The agency boasts that over 97 percent of passengers enrolled in PreCheck pass through security in five minutes or less. That's partly because you get to use the expedited security line, and partly because the inspection itself is relatively low-key. You get to keep your shoes and belt on, for example, and you can leave your laptop in its bag. That's a lot less fuss and bother; for anyone traveling with kids, the difference in screening time is pure gold.

The application process is straightforward. Fill out the initial application online at the TSA's website, which takes about five minutes, then book an in-person interview at one of the 380 or so enrollment centers around the country. The in-person interview takes about 10 minutes, and you'll be asked to provide government-issued ID and a set of fingerprints for the record. You're eligible for the program as long as you're a U.S. citizen or legal resident and haven't committed any offense that would bar you from qualifying—there's a list of those on the TSA's website.

You'll pay $85 per person to enroll in the PreCheck program, a fee that covers the costs of processing your application. PreCheck is good for five years before you need to re-apply, so that works out to just $17 a year. It's pretty significant value for the dollar, but you may even be able to get the application costs paid on your behalf. A number of credit card companies and airlines offer to pay your application fees as a membership perk, so it's worth checking with the companies you already use—or might switch to—to see what they can do for you. They can't enroll you directly in the program, only the TSA can do that, but having the costs covered is a definite plus. Until recently, elite members of loyalty programs might be granted access to the expedited screening lane randomly as a perk, but as the PreCheck program has expanded, that's fallen by the wayside. To reliably get through in a hurry, it's best to formally enroll in PreCheck.

Bringing the Kids With You

If you're traveling with kids as a PreCheck member, life gets a lot simpler. As long as they are 12 and under kids go through the expedited line with you and don't need to be enrolled separately. They won't have to get their shoes or jackets off, or unpack the yogurt and pudding cups from that one-quart bag of liquids and gels allowed in carry-ons under the TSA 3-1-1 rule. As your kids get older, enroll them separately in the PreCheck program.

A Couple of Alternatives

The PreCheck program covers domestic flights only, so if you plan to fly internationally, especially with kids, you might want to look into using an alternative screening program. Global Entry provides all the same privileges as the PreCheck program but applies to both international and domestic flights. Membership is $100 per person, and like the PreCheck program, it's good for five years. If the Canadian border is the only one you cross regularly, the NEXUS program might also be a good fit. It gives you the same expedited screening privileges as PreCheck for domestic flights, but also provides expedited processing at Canadian airports and land border crossings. NEXUS is only $50 per person for a five-year term.