What Is the California Child Seat Law?

Getting It Right, Whether You Rent or BYO 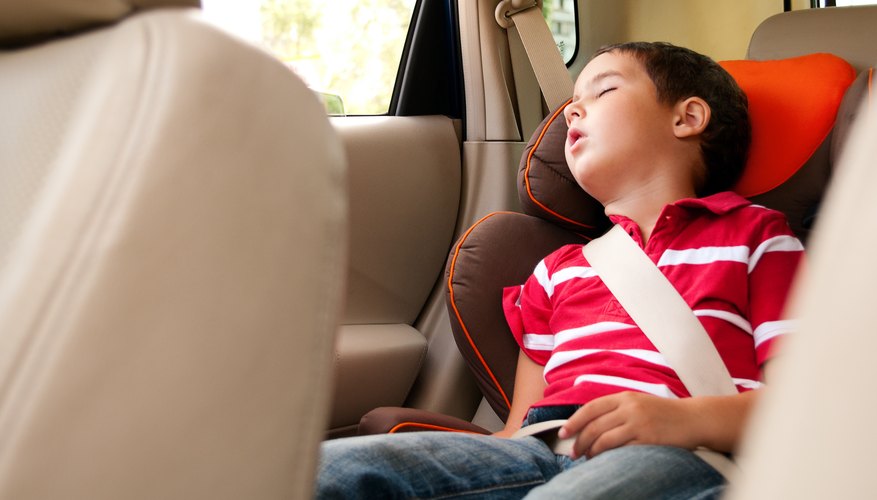 Spending time in California with the kids is never a bad move, whether you're bringing them along on a working trip or carving out some straight-up family time. The state offers plenty of child-friendly attractions, world-class scenery around every corner, and the beach is a pretty good backup when you run out of ways to keep little ones occupied. Getting around to all the fun places requires driving, of course, so get up to speed on California's car seat laws. Bring your own seat or rent one while you're there, but either way, there are some things you'll need to know.

You Can Rent, but You Might Not Want To

If you arrive in California by plane or train, you'll need to rent a car, and you'll have the option of renting a car seat along with it. Rental agencies are required to provide age-appropriate seats on request, but the reality sometimes falls short of the promise. In a 2015 investigation, Consumer Reports found that agencies varied wildly in the quality and condition of their seats, and renters can never be sure if the seats have been cleaned to their personal standards. The best option is to bring your own car seat or booster seat from home, which also means it can be used in-flight. Hauling it on and off of the plane can be a pain, but at least you'll have a seat to rely on.

Effective January 2017, California law dictates that children must be in rear-facing seats until at least the age of 2 or unless they exceed 40 pounds in weight or 40 inches in height. If your kids are bigger, they can go in a front-facing seat, but the rear-facing arrangement is safer for as long as they'll fit. Once kids are legal to be in a front-facing seat, they can stay in it until they outgrow the size or weight limitation, usually at around 65 pounds. At that point they are large enough to ride safely in a booster seat with a properly fitted lap belt. Under California law, kids under 8 must stay in a booster seat or car seat in the back seat of the car no matter how much they complain about it.

Seat Positioning Within the Car: It Sometimes Gets Complicated

The safest place to put a child seat is in the middle of the back seat, assuming the car is outfitted with the appropriate restraints. The extra few feet of space could be crucial if you were hit from the side in an accident. That's no problem if you're traveling with one child, but with two or more you'll need to compromise. Two car seats will easily fit most back seats, but often only at the door positions. Three usually won't fit, but that still works if a third child is old enough and big enough to use the lap belt in the middle of the two car seats. Otherwise, think about renting a vehicle with three-row seating.

Children can't legally ride in the front seat in California until they're 8 years old and taller than 4 feet 9 inches, when they're considered safe in a standard seat belt. The law allows a few exceptions for medical conditions or unusual circumstances—a car with no back seat, for example, or younger kids in car seats taking up all the available rear-seat positions—but it's best to avoid those situations if you can.

Proper Installation Is Kind of Important, Too

Unless you drive into California in your own vehicle with your own car seat, you'll be adapting to either an unfamiliar seat or an unfamiliar vehicle. Installing a car seat isn't exactly rocket science, but it does require attention to detail, and those details won't be exactly what you're used to. If using a new-to-you seat, consult the manual to make sure it's adjusted properly for your child's size and weight. If the manual didn't come with the seat, you should be able to find one online. Check the rental car's manual as well, to be certain of how the car's restraints work. To be absolutely sure you've got it right, have it professionally inspected. The National Highway Transportation Safety Administration's Safercar.gov website has a national database of inspection stations. In California, just drive up to the nearest California Highway Patrol Area Office and ask for the safety technician.